The coinage of Apollonia and Dyrrhachium:

Contents of this page

Illyria is a historical geographical term referring to a not well defined territory on the east coast of the Adriatic where different Illyrian tribes lived in ancient times. Many parts of this area were colonized by the Greeks who founded prospering city states with Greek cultural predominance. 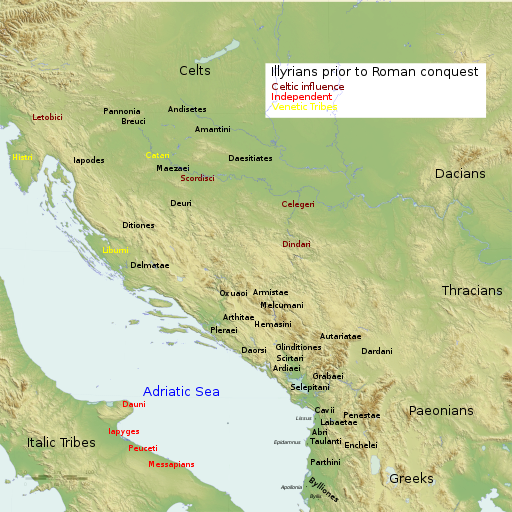 Dyrrhachium was founded by Corcyra as Epidamnos in 627 B.C. The use of the latter name is  nj  irrelevant in numismatic context since it does not appear on coins. Instead of a direct transliteration from the Greek name of the town ΔΥΡΡΑΧΙΟΝ (Dyrrachion), the contemporary Latin spelling of the name is used in numismatics: Dyrrhachium. The town was called Durazzo under Venetian rule in the medieval times and now as Durrës is the main sea port of Albania.

Apollonia (ΑΠΟΛΛΩΝΙΑ), too, was founded by Corcyra, in 588 B.C. It was a smaller town further to the south but still very close to the coast. Pilgrims from all regions of Hellas travelled there to worship Apollo in the Nymphaeum, the famous sanctuary with an ever burning fire. This town didn't survive the downfall of the Roman Εmpire.

During the expansion of the Roman Republic, Apollonia and Dyrrhachium became Roman protectorate states in 229 BC; and formally incorporated in the Roman Empire as part of Macedonia provincia by the end of the 1st c BC. The exact dates of events, which may have significance in the different coin series have still been debated.

The coin legends (name forms, spelling, and grammar) reveal that the Doric-related Northwest Greek dialect was used in this region.

This is just an overview of the different coin types, which are discussed in the following chapters in detail to help understand the ongoing chronological debate, which is nicely summarized by Katerina Liampi1.

In short, let's accept that the first coins of Dyrrhachium were the Corinthian type Athena/Pegasus silver staters (didrachms) minted for financing Timoleon's campaign in 338 BC, like by several other Greek city states. Cow/calf type staters appeared around 340 BC; both in Dyrrhachium and in a smaller volume, in Apollonia. This series was closed by similar staters with the name of king Monounios in Dyrrhachium in 280-270 BC.

Recently, contradictory estimates have been published on the chronology of these early coin types by three authors despite they had worked together in this field for a while; I am expecting a review of this topic from a friend and will put here the conclusion after it will have been published.

The next era seems to be the Heracles/Pegasus type drachma production in Dyrrhachium. We still don't know why, from, and until when these Corinthian-type coins were produced. After this, there could be some time gap till the appearance of the cow/calf type drachma series since there have been no hoards showing these coin types intermixed.

I strongly believe that the production of the cow/calf drachms was the initiative of Rome after Apollonia and Dyrrhachium came under Roman protectorate status in 229 BC. This series ended by the Civil war between Julius Caesar an Pompey taking place in the region in 49/48 BC. Dyrrhachium never minted coins again. Apollonia produced the Apollo denars with fractions in silver and bronze during imperatorial times; and much later, Roman provincial bronze coins under select emperors.

3. Description of the coin types